Thomas Hawkes, who was burned in 1555, thus answered Bishop Bonner, when he said to him, "You speak of idols, and you know not what they mean."
Hawkes. "God hath taught us what they are; for whatever is made, graven or devised by man's hand, contrary to God's word, the same is an idol."
Dr. Chedsey. "What are those that ye are so offended with?"
Hawkes. "The cross of wood, silver, copper or gold," &c.
Bonner. "What say ye to that?"
Hawkes. "I say it is an idol. What say you to it?"
Bonner. "I say every idol is an image, but every image is not an idol."
Hawkes. "Have not your images feet and go not, eyes and see not, ears and hear not, hands and feel not, mouths and speak not? and even so have your idols."
Chedsey. "God forbid," says St. Paul, "that I should glory, save in the cross of our Lord Jesus Christ"
Hawkes. "If the cross were such a profit to us, why did not Christ's disciples take it up and set it on a pole, and cany il in procession, with a salutation?"
Chedsey. "It was taken up."
Hawkes. "Who took it up? Helen, as you say, for she sent a piece of it to a monastery where I was with the visitors when that house was suppressed, and the piece of the holy cross (which the monks had in such estimation, and had robbed many a soul, committing idolatry to it) was called for, when it was proved it was but a piece of a lath, covered over with copper, double gilded, as if it had been clean gold."
Chedsey. "It is a pity that thou shouldst live, or any such as thou art" Then being exhorted by the bishops, with many fair words, to return again to the bosom of the mother church, "No my lord," said he, "that I will not; for if I had a hundred bodies, I would suffer them all to be torn in pieces rather than I will abjure or recant," And so was this blessed martyr for Christ led away to the place appointed for the slaughter.

About the beginning of September, 1556, William Allen, a laboring man, was burned in Walsingham. He being brought before the bishop and asked why he was imprisoned, answered, that he was put in prison because he would not follow the cross, saying, that he would never go in procession. Then being commanded, by the bishop, to return again to the Catholic Church, he answered that he would turn to the Catholic Church, but not to the Romish Church; and said, that if he saw the king and queen and all others follow the cross or kneel down to the cross, he would not. For which, sentence of condemnation was given against him, to be burned. He manifested such constancy at his martyrdom, and had such credit with the justices, by reason of his upright and well-tried conversation among them, that he was suffered to go untied to his suffering, and there being fastened with a chain, stood quietly, without shrinking, till he died.

The following is an extract from the examination of Lord Cobham, in 1413, respecting the worship of images. Friar Palmer said, "Sir, will you worship the cross of Christ that he died upon?"
"Where is it?" said Lord Cobham.
"Suppose it were here," said the friar.
"This is indeed a wise man," said Lord Cobham, "to ask me such a question, when he knows not where the thing is! But what worship shall I do to it."
One of the clergy answered, "Such worship as Paul speaketh of, God forbid that I should glory, save in the cross of Jesus Christ our Lord."
"This," said Lord Cobham, and spread his arms abroad, "this is a cross, and better than your cross of wood, as it is created of God, and not made by man; yet will I not seek to have it worshipped."
''Sir," said the bishop of London, "you know that Christ died upon a material cross."
"Yea," replied Lord Cobham, "and I know, also, that our salvation came not by the material cross, but by him alone that died thereon. And well I know that holy Saint Paul rejoiced in no other cross, but in Christ's death and suffering only; and his own suffering like, persecution with him, for the self-same truth that Christ had suffered for before."
The sequel to this examination is thus related: "His death was not long delayed; be was dragged upon a hurdle, with insult aud barbarity, to St. Giles's Fields, and there hung alive in chains upon a gallows; and a fire being kindled beneath, he was burned slowly to death."

Claudius Monerius, burned at Lyons, in 1551, to the question put to him by the judge, "Are not images to be had?" thus answered: "The nature of man is so prone to idolatry, ever occupied by those things which lie before his eyes, rather than those which are not seen; images, therefore, are not to be set before Christians. You know nothing is to be adored but that which is not seen with eyes, that is, God alone, who is a spirit, and him we must worship only in spirit and in truth."

Francis, Count Gamba, a Lombard of the Protestant persuasion, and a martyr of the sixteenth century. At the place of execution a monk presented a cross to him, to whom he said, "My mind is so full of the real merits and goodness of Christ, that I want not a piece of senseless stick to put me in mind of him." For this expression his tongue was bored through, after which he was burnt to death.

In like manner, Claude Hottinger, in 1523, one of the Swiss reformers, for assisting in the destruction of the crucifix of Stadelhofen, at Zurich, was condemned to be beheaded. A monk then presented a crucifix to his lips, but he put it away, saying: "It is in the heart that we must receive Jesus Christ" On reaching the place where he was to die, he raised his hands to heaven, exclaiming: "Into thy hands, O my Redeemer, I commit my spirit!" In another minute his head rolled upon the scaffold.

History furnishes a countless number of examples of holy men thus dying for the truth.

Martyn Lloyd-Jones on Pictures of Christ

Our Lord said in John 15 that we are bound to Him as are the branches to the vine; His life is in us, and it is a part of this blessed work of the Spirit. Then He goes on to work in us, sanctifying and perfecting us. "Work out your own salvation," says Paul in Philippians 2:12-13, "with fear and trembling. For it is God which worketh in you both to will and to do of his good pleasure." He even helps us in our prayers: "We know not what we should pray for as we ought: but the Spirit itself maketh intercession for us with groanings which cannot be uttered" (Romans 8:26). He then goes on to produce the fruit of the Spirit in us: "love, joy, peace, longsuffering, gentleness, goodness, faith, meekness, temperance" (Galatians 5:22-23).

The work of the Spirit is to make the Lord Jesus Christ real to us. So do not waste your time trying to picture the Lord Jesus Christ. Do not go and look at portraits of Him that are wholly imaginary. There is a sense, I believe, in which nobody should ever try to paint Him—it is wrong. I do not like these paintings of Christ; they are the efforts of the natural mind. If you want a photograph of the Lord Jesus Christ, the Holy Spirit will give it to you in the inner man. Christ said Himself, in John 14:21, "He that hath my commandments, and keepeth them, he it is that loveth me: and he that loveth me shall be loved of my Father, and I will love him, and will manifest myself to him." That is the work of the Spirit—to make Christ living, to make us certain He is there, so that when we speak to Him, and He to us, the Spirit makes Him real, and He is formed in us.

—Martyn Lloyd-Jones, The Assurance of Our Salvation

In Life in God (Volume Five) in Life in Christ: Studies in 1 John, Martyn Lloyd-Jones observed


Of course, an idol may indeed be an actual idol. But it does not stop at that; would to God it did! No; idolatry may consist of having false notions of God. If I am worshipping my own idea of God and not the true and living God, that is idolatry.

Read "Keep Yourselves from Idols" by David Martyn Lloyd-Jones here.

"Keep Yourselves from Idols" by David Martyn Lloyd-Jones

In Life in God (Volume Five) in Life in Christ: Studies in 1 John, Martyn Lloyd-Jones observed


Of course, an idol may indeed be an actual idol. But it does not stop at that; would to God it did! No; idolatry may consist of having false notions of God. If I am worshipping my own idea of God and not the true and living God, that is idolatry.

Read "Keep Yourselves from Idols" by David Martyn Lloyd-Jones here.
at 9:29 AM

Mark Jones on Pictures of Christ & The Beatific Vision

Mark Jones has a new post at Reformation21 titled Pictures of Christ & The Beatific Vision. This helpful article makes some points not usually made, and that answer questions or objections that seem to be in people's minds.

Helpful topics from Strong's Complete Topical Index to the Bible:

Thought - the reasoning of the mind 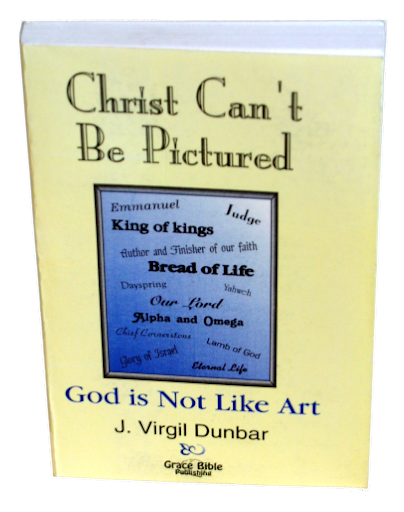